My sickness is that of the soul, not of the mind.

“My sickness is that of the soul. Not of the mind.”

The first time I heard the name it was all about a horse. He had won the Grand National in 1970 and was the only time we were victorious as a family, betting wise.  He also won the BBC Sports Personality of the Year Award, which seemed incredible for a horse. So I took that name to my heart. 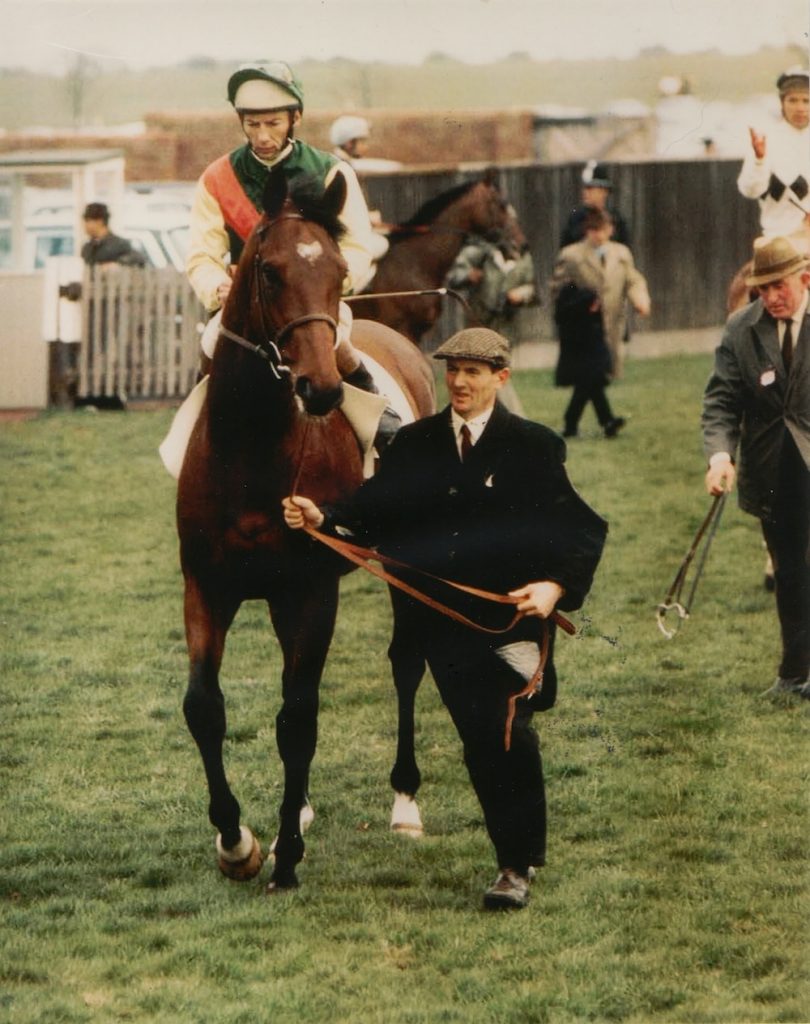 Nijinsky had a heart on his brow

I had a few sporting idols whom I loved dearly, sincerely, comprehensively like only a child can. All brilliant mavericks like Ilie Năstase (Romanian tennis player), Alex Higgins (Irish snooker player) and Olga Korbut (Soviet gymnast). And Nijinsky. His trainer was an Irishman, also called Vincent so that sealed the deal.

Orson Welles narrated a documentary about the thoroughbred racehorse in which he said, “Earlier this century a dancer who would become a legend in his lifetime promised, on his deathbed, to return to earth as a stallion. His name was Nijinsky.” 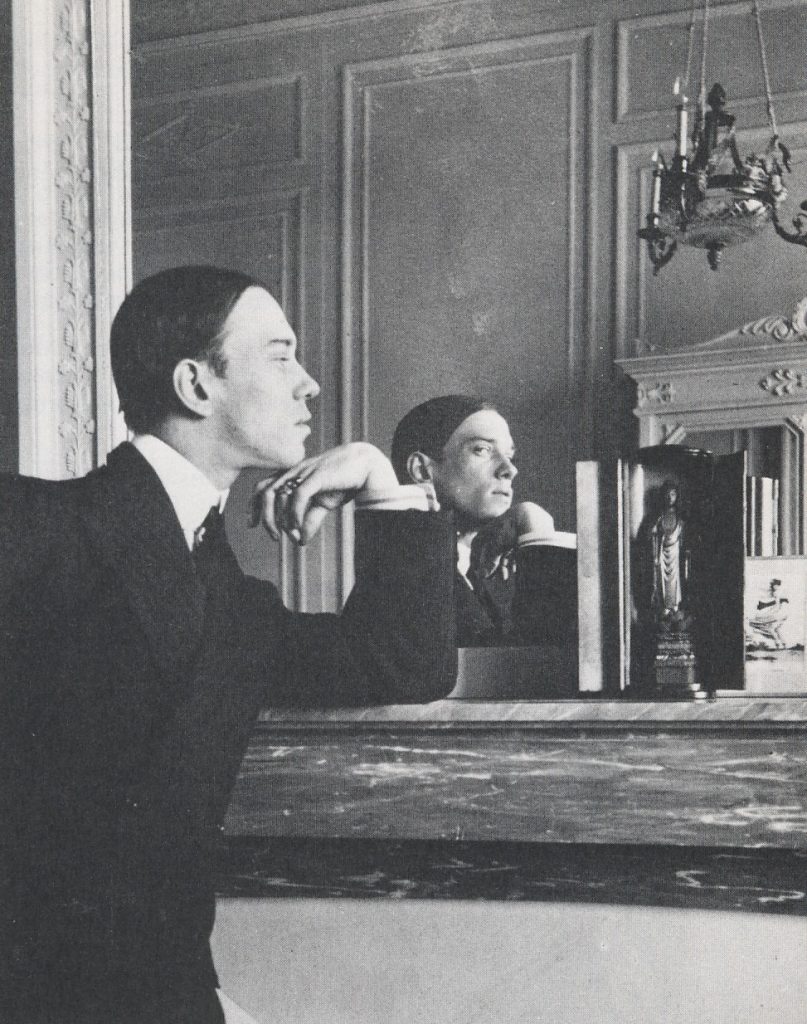 “My political view is to be kind to everyone”

I read about the dancer in Colin Wilson’s seminal book The Outsider – every young existentials’ bible. “We possess no other record of the Outsider’s problems that was written by a man about to be defeated and permanently smashed by those problems .”

Nijinsky was so able to become ” other ” so convincingly in roles such as the Golden Slave in Scheherazade and the puppet in Petroushka . He lived those roles on stage and was only truly himself when he was dancing.

Nijinsky performing the Danse Siamoise from ‘Les Orientales’ by Foquine (1880-1942) performed in Paris, 1910

My first love had his diaries. She was a dancer herself. Her friend would hold Nijinsky’s picture and say, “I look so much like him it’s frightening.” That was when I really fell in love with Nijinsky, the man. His suffering. The repetitive declarative expressions of pain.

It was the intensity of thought in the diaries that really stirred me. Simple but so powerful. It is amazing that his legend has lived so long. It is not just his descent into madness that is so vividly played out before our eyes, it is his humanity too. It was like Munch’s Scream in written form. They were written in six ½ weeks in 1919. This was the much expurgated version by his wife, Romola. 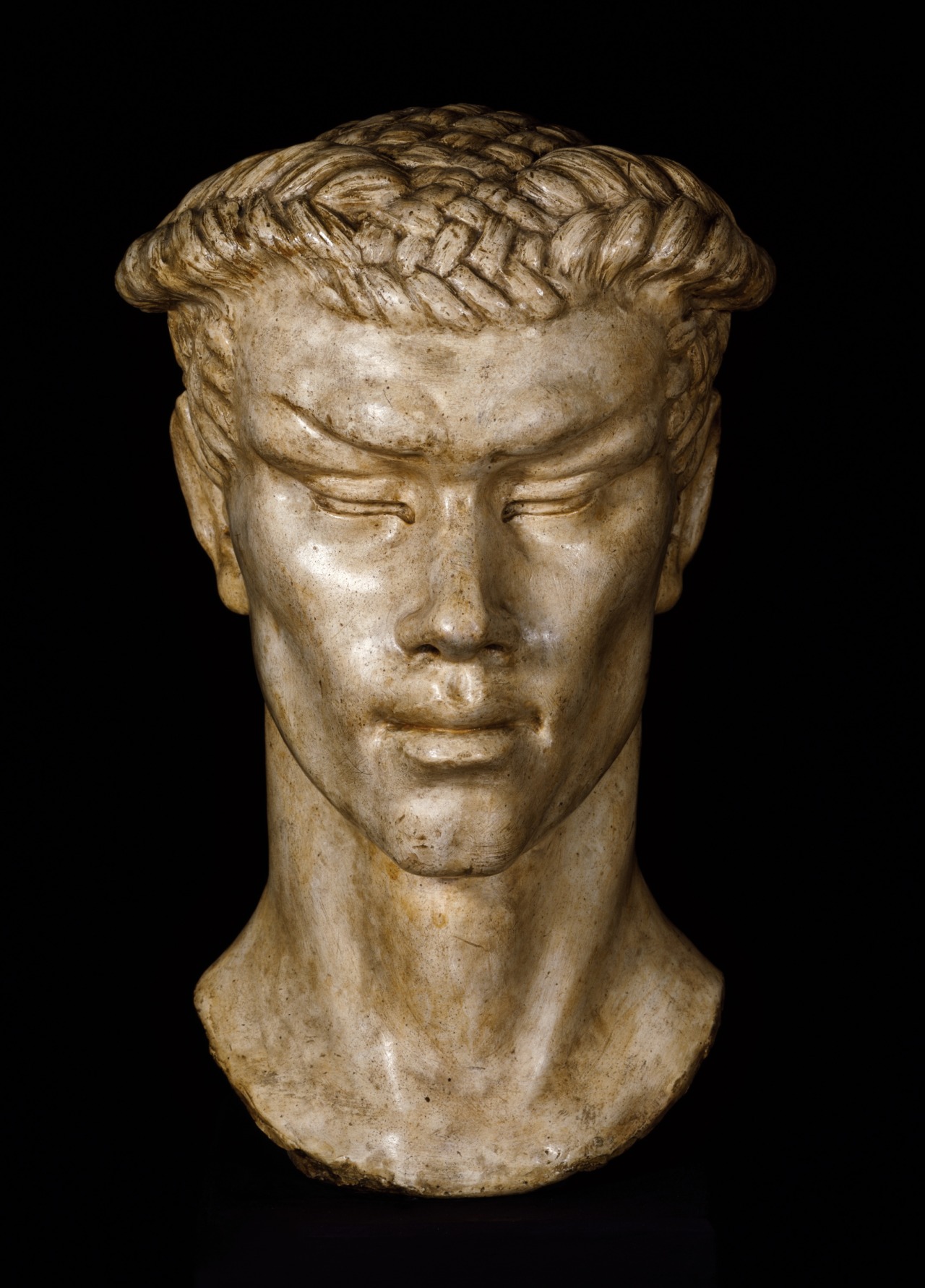 “God is fire in the head” “I danced frightening things. They were frightened of me and therefore thought that I
wanted to kill them. I did not want to kill anyone. I loved everyone, but no one loved
me.””

There are many myths about his physical prowess. They said you could do twelve beats while he was leaping through the air, that he could jump his own height. In Scheherezade he spun on his head. They even performed an autopsy on him long after to discover whether there was some abnormal physical reason for his prowess. In balletic terms his feats were prodigious. His choreography was so avant-garde. The dancers complained about the angular movements and they were expected to dance saying it was impossible. They were asked to move “through” the music instead of “to” it. 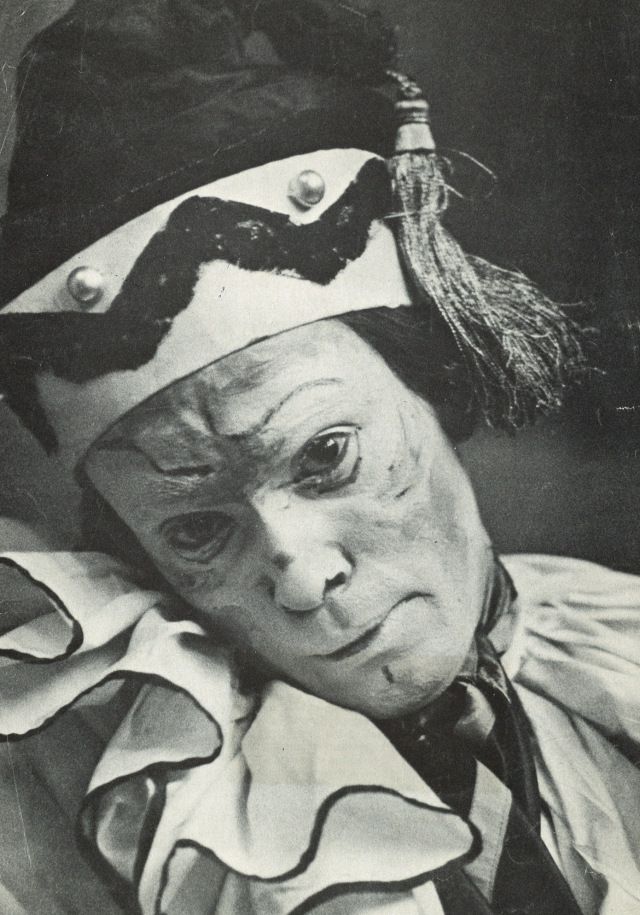 “I am not crying but I have tears in my heart”

Nijinsky was the Le dieu de la danse . This Russian dancer born in Ukraine of Polish parents married a Hungarian groupie Romola after a fortnight of courtship in 1913. They had no common language and had to resort to mime. Hungarian is a very difficult language and is unrelated to Russian or French.

During the Great War he was under house arrest in Budapest. The families were on opposite sides and he repeatedly had visions of dead soldiers.

One solo performance he said “I will dance you the war. With its suffering and death. The war which you did nothing to prevent so for which, you are also responsible” His gestures were monumental. It was like Picasso’s Guernica in movement. His study was full of drawings coloured red and black like a bloodstained mortuary cover. His wife’s family had him committed.

“My madness is my love towards mankind”

He went mad when he could no longer dance. The lack of physical expression literally drove him crazy. So when he was sacked from the Ballets Russes by (his Svengali figure) Diaghilev for marrying a woman, he was lost. So many things going round in his head with the real world and his world falling apart.

I went to his grave in Montmartre cemetery. As I stood there thinking about his life. This man who had danced so brilliantly and so beautifully who had suffered so much blew my mind. He followed Tolstoy’s philosophy of seeking harmony with nature, vegetarianism and celibacy within marriage believing that through abstinence you can add to the transfiguration of the world. 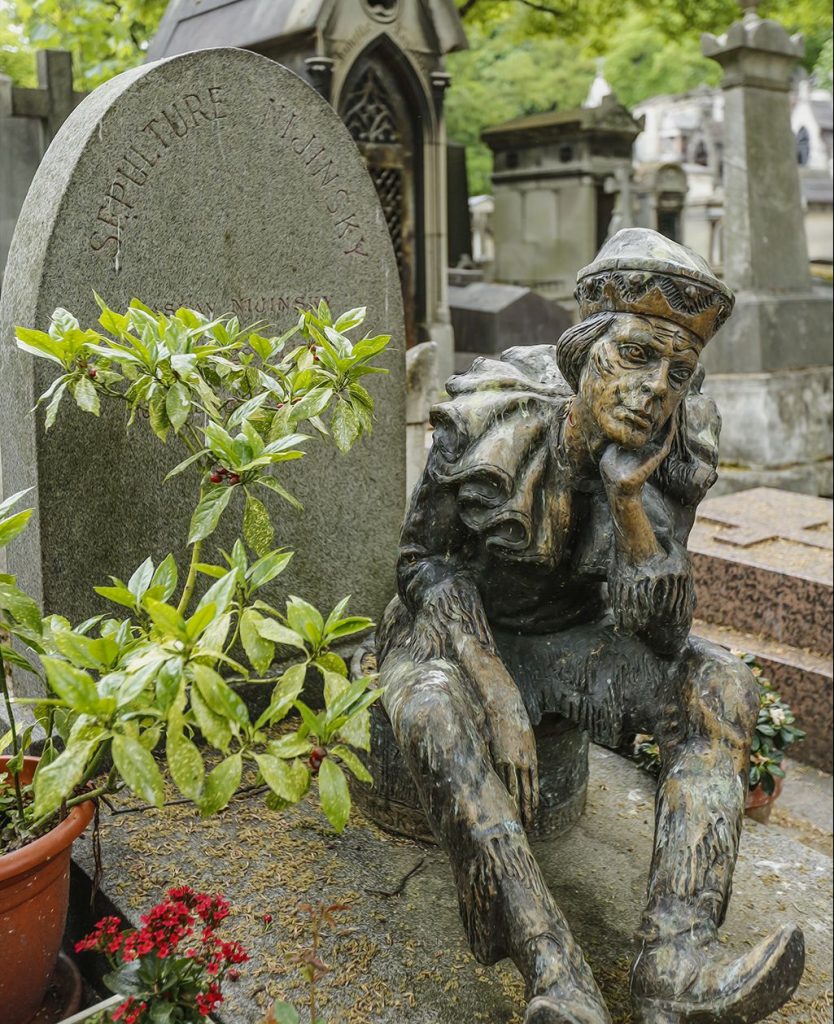 “People like eccentrics. Therefore they will leave me alone, saying that I am a mad clown”

In the film Nijinsky, (1980) he goes from sexpot to crackpot with cod psychology and lots of hysterics. However the Paul Cox film The Diaries of Vaslav Nijinsky (2002) acts out events from his life as well as a mixture of recreations and creations. Shame that a very classical Ac-Tor read the lines, but there are genuinely beautiful scenes and it is worth tracking down.

Nijinsky, the horse wore his heart on his brow, the dancer, his sleeve. Their brilliance has never been matched. They are regarded as the best in their respective fields. Exceptional beasts indeed.  Both very much alive to the wonder of living or moving. Of never being freer than in the act of doing what they loved. Moving, dancing, racing. leaping.

“”My little girl is singing. I do not understand its meaning but I feel what she wants to say, that everything is not horror but joy.”” 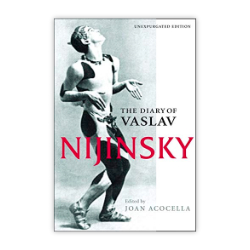 The Diary of Vaslav Nijinsky