EVERY STORY HAS TO BE ABOUT SOMETHING I SUPPOSE 

1982. The Beat had come to town. We were poised outside. We had no tickets and no other purpose. But to see the band that had aided us through the dark nights of our soul. With the sweet light of theirs. 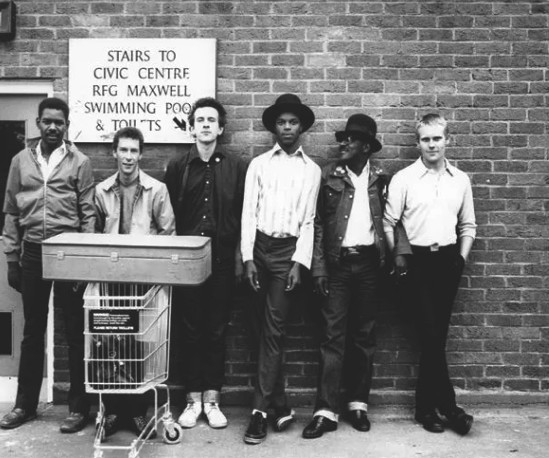 We could hear through the walls. “Thump thump… Doors of my heart again… pump pump.” The Tout wanted a King’s ransom to enter. “Pay the man, for the love of god.” I pleaded with my Brother. “Don’t worry. We’ll see them next time.”

Next time was a-thirty years in the coming. 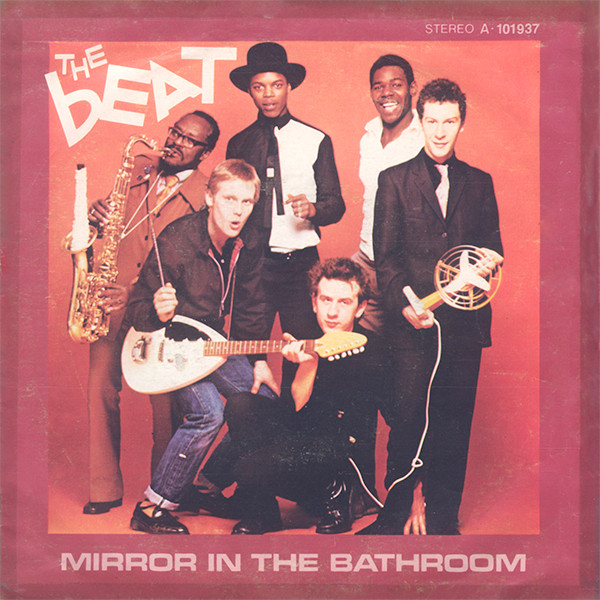 We initially saw The Beat on an infamous BBC pop programme where middle-aged men molested teenage girls at the taxpayers expense. They played “Mirror in the Bathroom,” singing “drift gently into mental illness” A bizarrely serious line to slip into a pop ditty. They must have some experience of it, we thought. David Steele was a psychiatric nurse.

It was a febrile time, the early 80s. People were making choices. Whose side are you on kind of noises. And while we were emboldened by the anarchy of Punk, it had an air of asininity. We had no time for the skinhead look of Ska. But liked its melting pot vibe.

Then The Beat happened. While others postured, carped and condensed our world, The Beat danced and pondered and amplified it. Don’t hate the haters.

always attack those things in someone else,
reflections that you can’t face in yourself – (Two Swords) 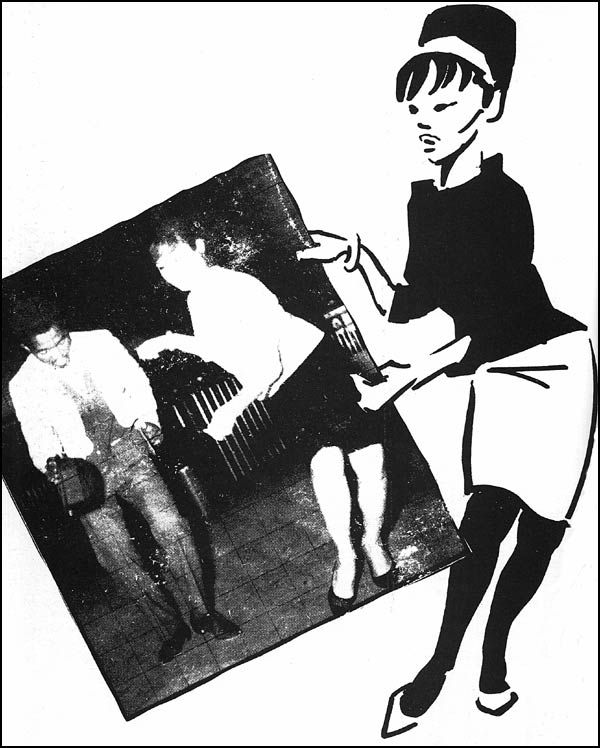 The Beat started a label: GO-FEET RECORDS encouraging local bands to send in their music. Hunt Emerson designed The Beat Girl  logo to promote inclusivity. We came from Maltese-Irish stock and lived in a multiracial area. So we needed to believe we can all get along.  Somehow. Love and unity, the only way.

The only thing that works is to sing the song from your heart to theirs. -Saxa

Part mentor, part shaman. Saxa provided an authentic air and a cultural context. He had played with Prince Buster himself. There was something existential and haunting about the tone and timbre of his solos. He was dubbed the Dali of the saxophone. 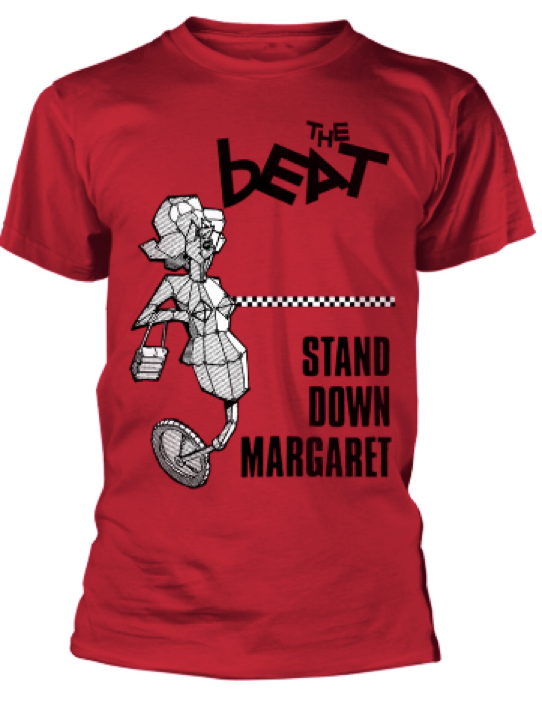 our lives seem petty in your cold grey hands, would you give a second thought would you ever give a damn, I doubt it

We thought the “Margaret” in Whine And Grine/Stand Down Margaret was the queen’s sister. We had other names for the PM round our way. In order to appear on Kid’s TV, they claimed the tune was a Jamaican Dance. Saxa even did it for them. While broadcasting live they revealed t-shirts with T******* as a robot and an atomic explosion behind her.

The song was effectively banned on the radio and it certainly hindered their career. But it also made some people take notice. They weren’t to be dismissed as a lightweight pop band. Ranking Roger said making that anti-Thatcher stance was what he was most proud of.

The Beat’s lyrics grew in sophistication as the music became more explorative. They did 12″ dub versions of all their singles. Adding extra textures and words We thought Psychedelic Rockers took them into another dimension.

change the truth until it’s worth money, it’s a joke but it’s not that funny – Cheated

W’happen (1981) showed their views on the world were skeewiff. Their politics right up our proverbial… Society was soul-suckingly absurd. We were encouraged to have aspirations that are not likely to happen. And not what they seem. Or what we want.

We didn’t want to play Get a Job games or have A DreamHome in New Zealand. Or anywhere. Society wants us to compete against each other rather than cooperate.

only way we find of hiding the hurt we feel, Is more unnecessary pain – The Limits We Set

Songs about how it was morally defensible to shoplift, “The Limits We Set” and how pernicious the newspapers are. (Cheated) made perfect sense to us.

Their finest 4 minutes was Doors Of Your Heart with Dave singing about Relationships and Ranking about Racism. You need to adjust the inside of your mind to set the tone of your attitude to others. 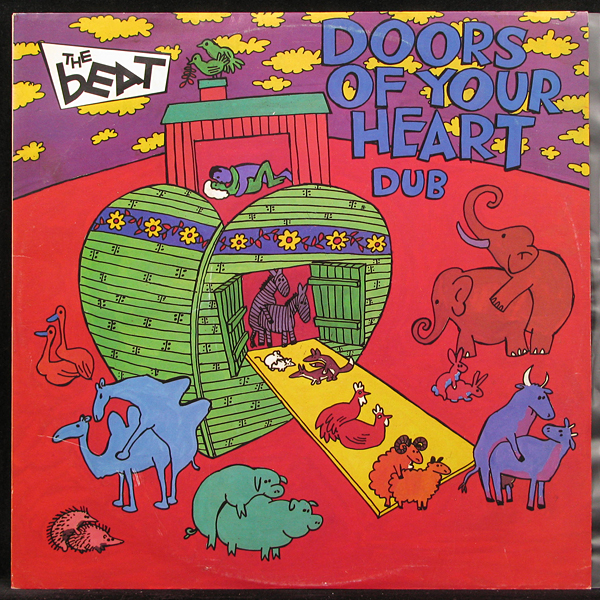 They were all at different stages of their lives which enabled them to write love songs like teenagers and more mature honesty numbers like Walk Away & I Confess & End of the Party.

Special Beat Service(1982) showed signs of suitification. The title suggested a collective identity crisis. And the sight of them in suits. By a jumbo just made us think of choking yuppies. It was like they were flying off out of here away from you plebs. Especially with Saxa dressed as a goddamn sheikh.

The music had a polished vagueness which meant they didn’t have much to say, but sounded professional when they said it. (Which was essentially what FYC were)

Probably best The Beat split up when they did. 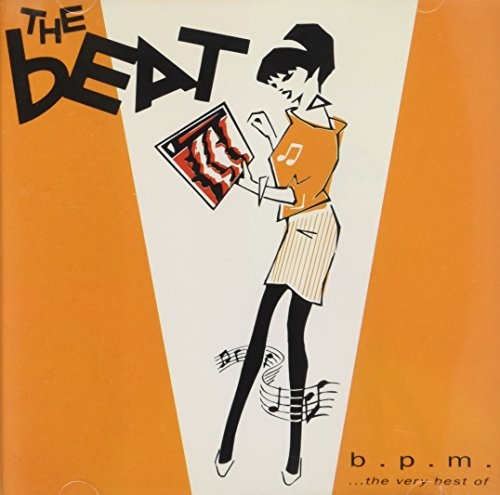 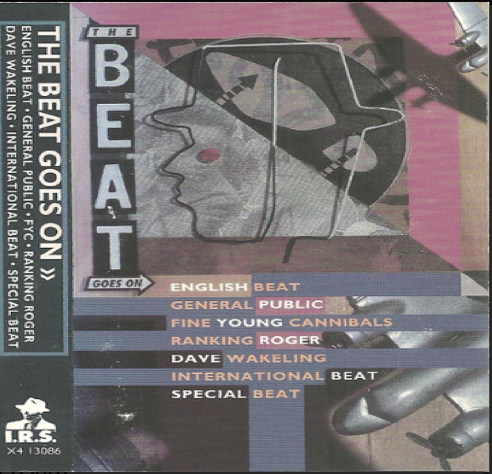 BEAT PUN ALBUMS = no one has done Beat the Meat…yet

Wakeling & Roger formed General Public. Which we heard but never really got. It was like they had had their heart and soul kicked out of them. The engine-room of the band Shuffle and Cox shook themselves down, picked themselves up one of the worlds most handsomest men and came out as the Fine Young Cannibals.

In the 2000s a version of The Beat toured appearing in places so small you would have been in the band if you breathed out. They were always doing gigs in cities/towns we were about to visit or had just left.

2013 – The Beat had come to town. We were inside. We had tickets. T****** had gone to hell days earlier. After years of people telling her to. I thought I was going to hyperventilate myself  out of existence when they started playing Stand Down Margaret as the opening number….

They were everything and more that we wanted them to be.Enthusiastic. Energetic. And so danceable. It was like being hugged by a gangster. It was the perfect goodbye as it turned out.  RANKING ROGER  had a wonderful life affirming book out and then died. 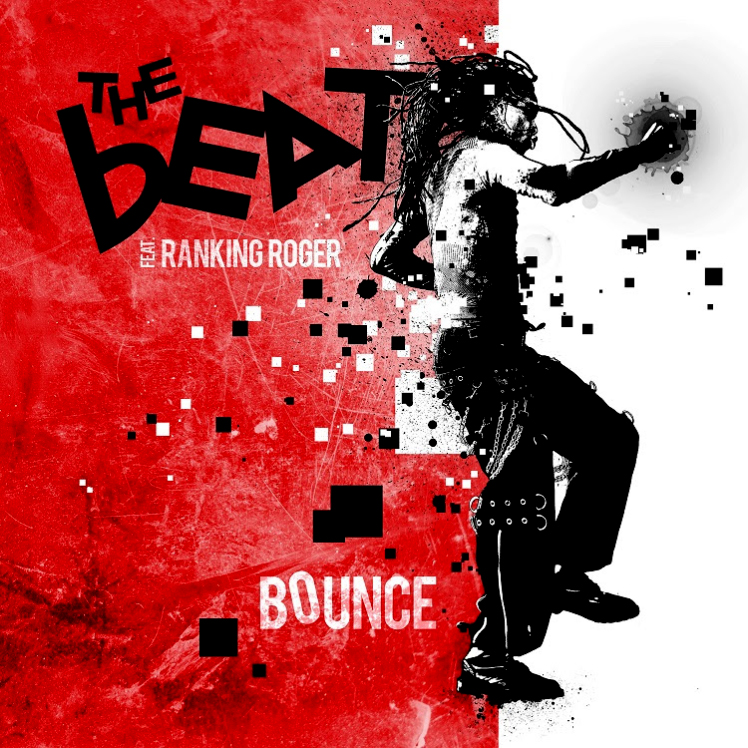 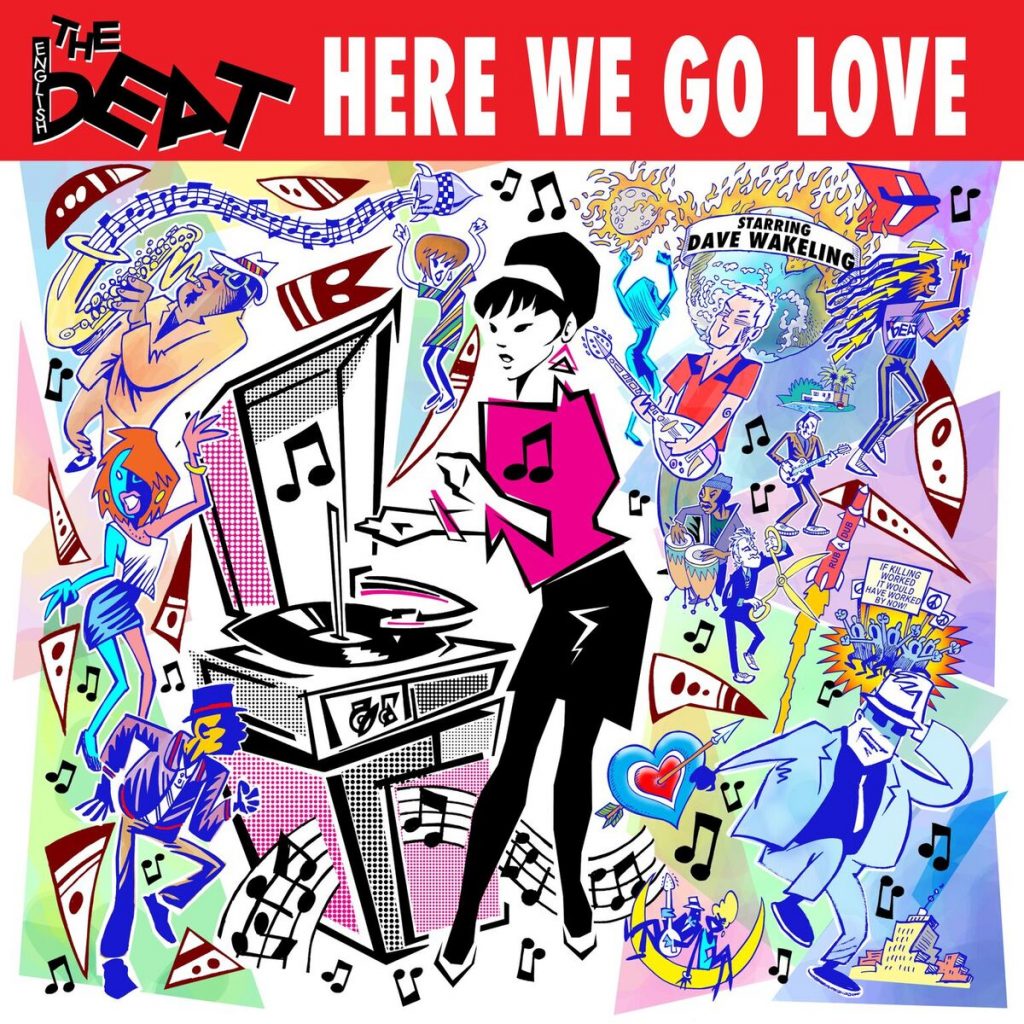 Wakeling & Roger had their own Beat albums out if you listen to them simultaneously wow what a classic album that would have been.

Please enjoy a Spotify playlist we have compiled. It contains some of the more well known pieces along with some more intriguing tracks.

Our recommended books and Cds that were very useful in the writing of this post. 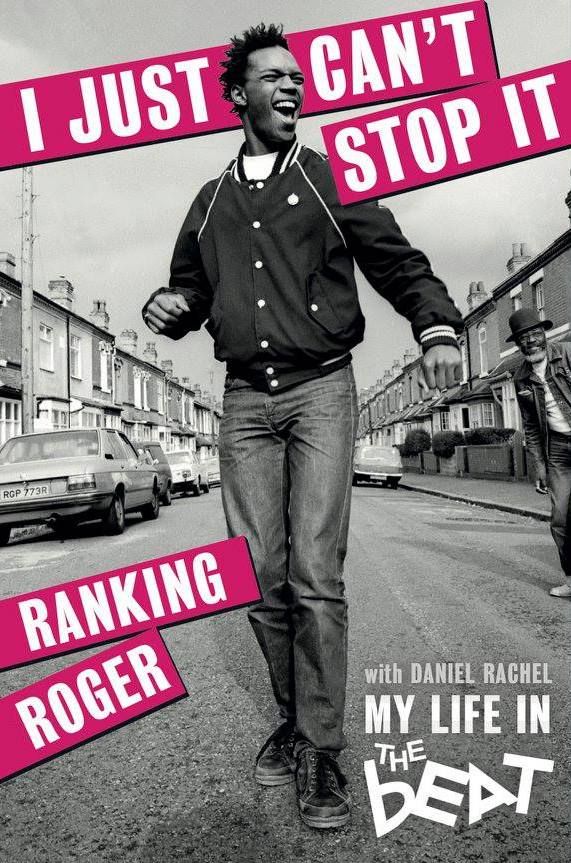 I Just Can’t Stop It