Opening a sitcom with an attempted hanging was always going to pique my interest. You could call it a “sick com”. I once wrote my own version of such things about a character suffering from psychosis and set in a family home (a la Flowers). I was influenced by the anti psychiatry ideas of R.D. Laing (“Madness need not be all breakdown it can also be breakthrough”).It ended up as a one act play called Nuts.

There are two series about the Flowers family: a depressed dad (Julian Barratt) and an overcompensating mother (Olivia Colman) and their two grown up twins who still live at home. (Sophia Di Martino and Daniel Rigby) who are very odd indeed.

The first series centres around the fathers depression while the second the daughters bipolar. Maurice is a children’s book illustrator, and he has his Japanese assistant (Will Sharpe) who live with them.  It strikes the incredibly difficult balance of not mocking the characters but allowing them to express themselves freely. 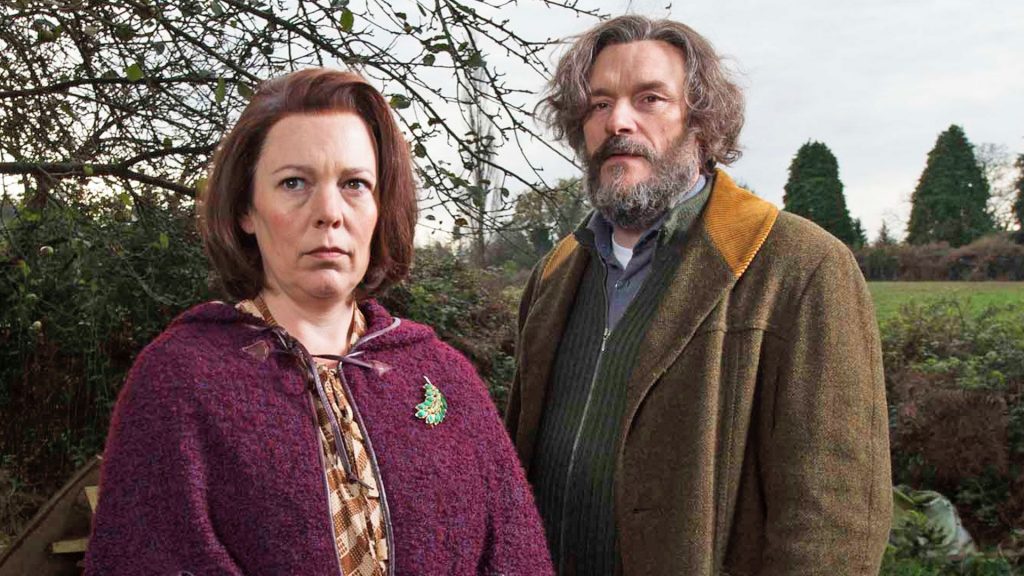 The blackest of black comedies, it is laugh out loud funny and bleak as the bleakest thing. There is a symmetry in my own life of having a schizophrenic dad and all his offspring having varying degrees of mental issues themselves. The humour we use as a family to cope with life is very evident here.

The whole series looks stunning as well and every episode is a real sensory experience.  This is all intentional with so much care taken over each frame. Shot in Surrey it is a bucolic gorge fest.

Flowers is very English in its embrace of myths and folklore and incredibly inventive in its use of them. Brilliantly acted by the excellent cast who manage to hit the right note of humour and despair each time. All the characters are initially very stylized but become three-dimensional as the series goes on, to reveal their humanity and struggles with the world.

Will Sharpe is a genius for it is him who has written and directed the series. He has managed to produce an ecosystem of emodiversity, the perfect balance containing all very different emotions

Flowers is wild and warm and weird. Just like life.